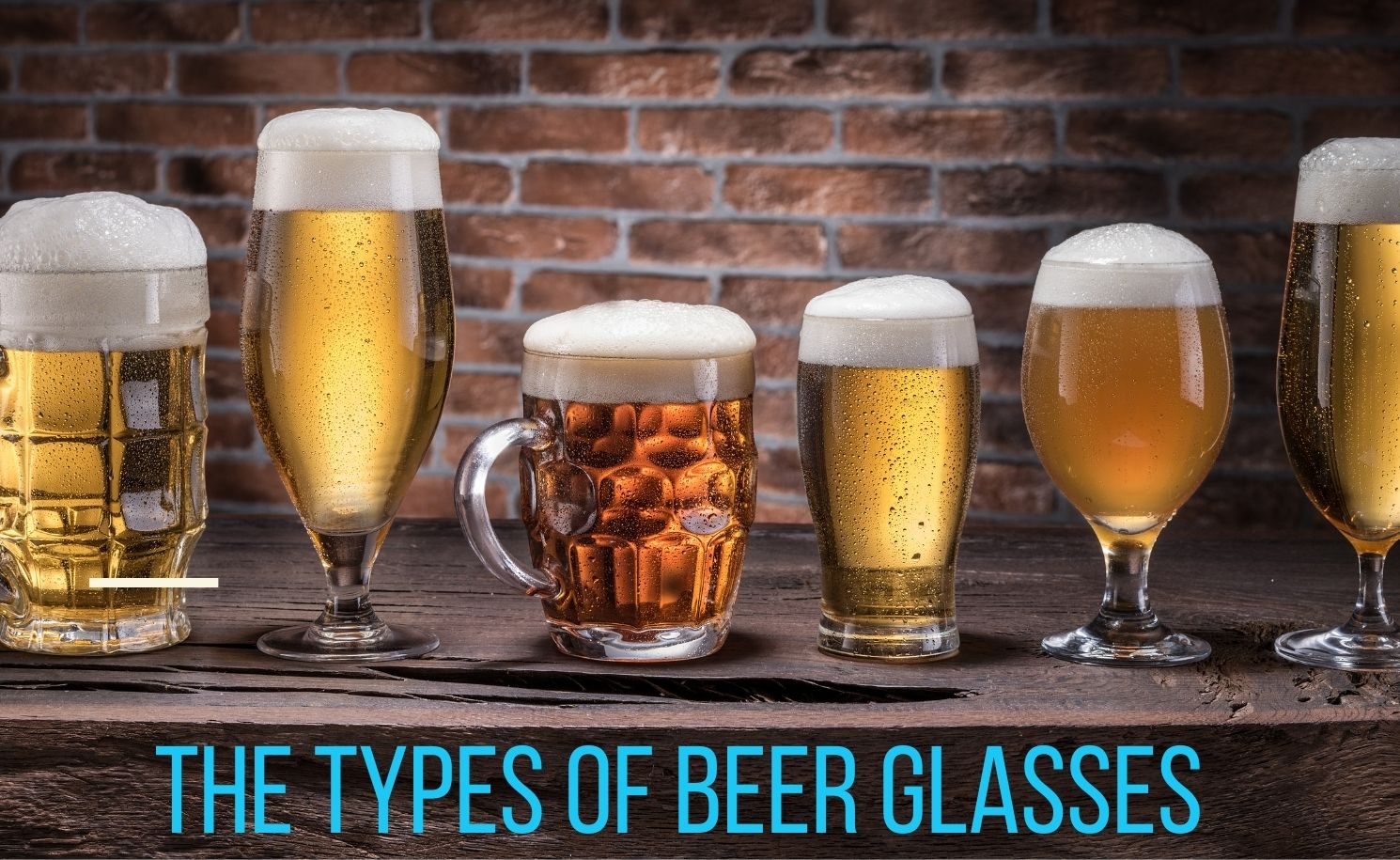 The many different shapes and sizes that beer glasses are available in may first appear to be nothing more than a novelty. As a matter of fact, the varying types of beer glasses are specially designed to improve the experience of drinking a beverage. In some cases, glasses are constructed for the express purpose of being used for very specific beers.

This list will explore the most prominent, popular and plentiful types of beer glasses available. By taking a look at what makes them each unique, we hope to be able to help you discover the perfect glass for your own needs from our range of beer glassware. 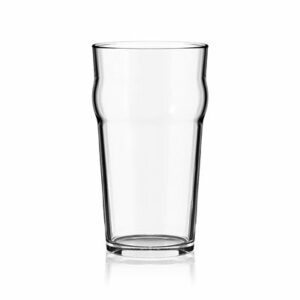 Also known as the Imperial pint glass, this receptacle is an extremely common sight in British pubs. The Nonic features a small bulge near the top of the glass that is designed to improve the grip of the glass and provide a second layer of flavour to the drink as it passes over it.

Most notably, the Nonic’s bulge is intended to prevent the glass’s rim from being chipped or “nicked.” The glass gets its name from this feature, being pronounced “no nick.” This glass is a good choice for a wide variety of beers and is very cost-effective. 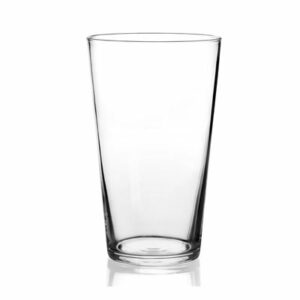 The Conical pint glass is to American pubs what the Nonic is to British ones, an ever-popular choice that serves as the go-to for the hospitality industry. The Conical is, however, also a very common sight in British bars as well. Also known as The Shaker, this glass features a wide-open top designed to accentuate each beer’s unique aroma.

This glass is another great choice for a wide array of beer due to its simple shape. The Conical is known for being a cost-effective option that is very easy to clean.

The Tulip pint glass rather unsurprisingly gets its name from its appealing tulip-like design. This glass helps maintain the beverage’s head while further enhancing the aroma and taste. The Tulip can be swirled in order to release a beer’s unique scent. Commonly used for strong beers and ales among aficionados.

The Thistle is a largely similar glass, but is slightly taller and designed for Scottish ales. This specialisation granted the receptacle its name, the thistle being Scotland’s national flower. 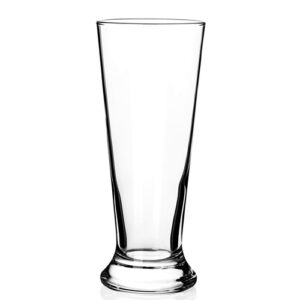 Originating from the Czech city of Plzeň, the Pilsner is a glass specialised to keep beer carbonated. The Pilsner’s shape allows the beer to retain its head, flavour and unique scent. The Pilsner has proved an extremely popular glass due to its simple design that allows for a proper appreciation of the visuals of each beer.

This glass is designed for lighter beers such as lagers (including, of course, Pilsners.) The Pilsner glass usually holds less liquid than most other beer glasses. 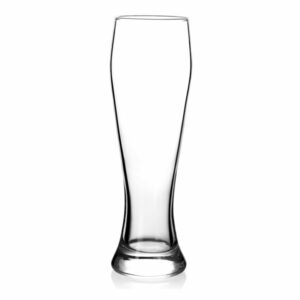 The Weizenbier glass is often mistaken for a Pilsner glass due to its similar shape. However, this glass can hold more than a Pilsner and features distinct curvature near the rim. These glasses are designed for enjoying wheat beers, being taller than average pint glasses in order to accommodate the size of the head of the typical wheat beer.

It has become somewhat popular to place a fruit garnish on the rim of beer served within these glasses, although this can actually end up as detrimental to the beer’s head. It is not uncommon for the acidity of certain fruits to dissipate the head entirely. 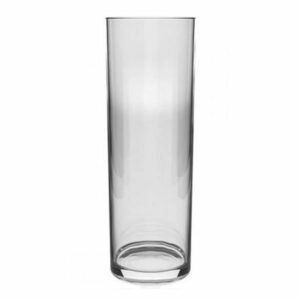 The Stange is a small, straight glass of German origin. This glass’s name stems from the German word for “rod.” The Stange is also sometimes referred to as the rod, stick or pole glass.

This particular glass is well known for its simplicity and allows drinkers to fully appreciate a beer’s appearance. The Stange is often used for very light beer, as this glass helps it to become more concentrated to accentuate its flavour. 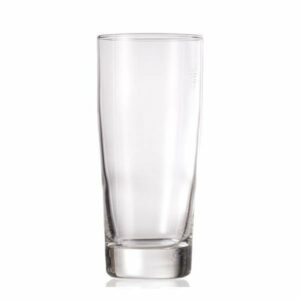 The Willi Becher is another extremely popular German glass. The opening of the glass is narrower than more commonly used glasses such as the Conical. The Willi Becher proves an excellent choice for almost any type of beer.

This glass’s status as an all-rounder has caused it to become ever more popular outside of its home country. Its simple design provides an opportunity to enjoy a beer’s colour and carbonation. 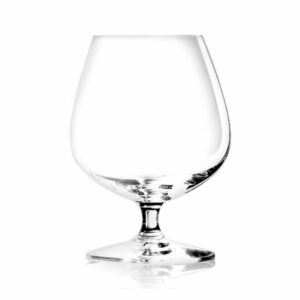 Despite being traditionally used for enjoying a brandy or cognac, the Snifter has slowly but surely become a staple beer drinking glass. Specifically, these glasses have become known as ideal receptacles for higher ABV beers such as IPAs.

The glass functions for beer in the same manner as with brandy – the flavour and scent of each beer is accentuated by the shape. In addition, swirling beer within the Snifter glass further improves these elements. In some cases, warming the drink with your hands can also prove beneficial. 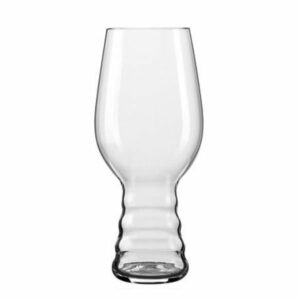 The IPA glass is a relatively recent development within the beer industry. This speciality glass is designed to complement and enhance the natural flavours and aromas of different IPAs. Its unique shape serves to push the IPAs scent towards the drinker while simultaneously preserving the head.

The thin glass construction helps the drink retain its temperature, ensuring that beverages stay colder for longer. IPA glasses also retain their carbonation for longer periods, something that is easily visible through the aforementioned thinner glass. 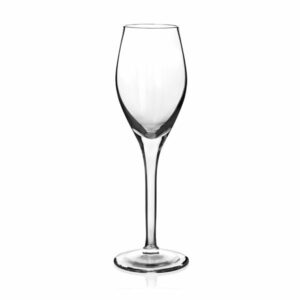 Both goblets and chalices are very similar glasses in terms of both functionality and appearance. Both are perfect choices for high ABV drinks, as the shapes of the glasses maintain the beer’s head and allow for deeper sips.

Goblets and chalices feature small stems that exist to keep hands off of the glass, preventing the drinker from warming the beer with their body temperature. Chalices can be distinguished from goblets by their usually shorter stems and thinner glass construction. 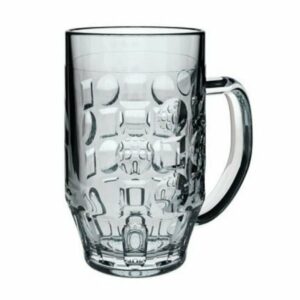 These three glasses all feature a handle, preventing you from warming your beer with your hands in a similar manner to the stems of goblets and chalices. Tankards, mugs and steins are all very sturdy vessels that usually have thicker walls than other glasses.

Steins can trace their origins all the way back to 14th century Germany and have been made of a wide variety of different materials such as wood, silver and glass. The iconic mugs traditionally feature lids, which were used during the plague to keep diseased flies out of drinks. Steins have become more ornamental in the modern era, although many events such as Oktoberfest will commonly use these popular mugs extensively. 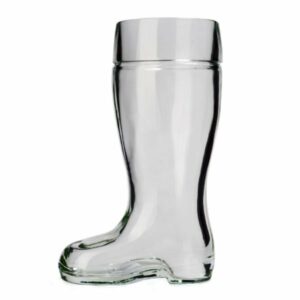 The boot glass is a fascinating object with an equally fascinating history. In the 19th century, soldiers would supposedly initiate new recruits by tasking them with drinking beer from their boots. It is believed that generals would often encourage soldiers in battle with the promise of drinking from the general’s own boot in the event of a victory.

The boot glass has since become a beloved novelty item that makes appearances at many events and festivals. When drinking from these glasses, it is important the drinker does so with the toe facing away from them, otherwise air may enter the toe too quickly and cause it to spill.

You have no items in your Shopping Basket.